Games to Play in the Car With Kids

Home » Games to Play in the Car With Kids 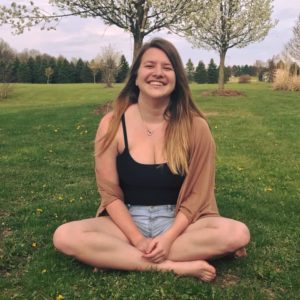 Are you looking for a way to pass the time and keep your family busy when you’re traveling? Then I have some great games for you that will help you do just that! I come from a family with four kids and sometimes this made riding in the car hard. The longer the car ride, the higher chance there was that we got bored and started arguing. This was especially an issue when we were younger and having a way to pass the time often helped to prevent it.

Whether you face the same challenge with your family, or are just looking for a fun way to pass the time, these games are great ways to make your next road trip fly by! These are some of my favorite games and are perfect for everything from trips up north to a drive to the grocery store.

This is a classic game best suited for long road trips. Each passenger has to look out for license plates and try to spot them from as many states as they can. The person that sees license plates from the most states at the end of the car ride wins.

The objective of the game is to find things outside of the car that start with the letters of the alphabet going in order from A-Z. For example, the first person has “A” and they see apples on a billboard, they say “A – apples” and get to move on to “B”. Words used by other players can only be used once, so everyone else needs to find a new “A” word before they can move on. The first player to get through the whole alphabet wins! If you want to change things up, my family and I used to play a variation of the alphabet game where instead of trying to find an object you had to find a word that started with that letter. We would look at car stickers, billboards, road signs, you name it! This game is a little different where you can use the same word someone else used as long as you did not see it in the same place. Ex. I see the word “Free” on a billboard and can now advance to “G”. The next player can use “Free” as long as they did not see it on the same billboard.

I’m pretty sure everyones played “I Spy” at some point in their life. This is definitely a classic road trip game. The person who’s “it” starts by saying “I spy with my little eye, something….” followed by a descriptive hint. Then the car guesses what it is that they saw. Whoever guesses the correct answer gets to be “it” next.

With this game, you make up an activity or place you are going to start. Once you have that picked out, the first player would say one thing they are bringing. Then the second person has to repeat what the first person said they were bringing and add something of their own. This continues around the car until someone messes up the list. Categories could be “I’m going camping and I’m bringing…” or “I’m going on a picnic and I’m bringing…” or really anything you want! This helps keep the game interesting.

For this game, you start by having the first player say “Sorry I’m Late” then say the plot of a movie as their reason for being late. The rest of the car then has to guess what movie it was.

For example, “Sorry I’m late, I was traveling all around the world looking for something but I couldn’t remember what. It wasn’t until my friend and his son helped me that I was able to remember.” Answer: Finding Dory

This is a fun way to work together to create a funny and entertaining story. For this game, you take turns adding sentences to a story made up entirely by the people in the car. The first person starts with “Once upon a time….” and adds another sentence after it. Then the next person needs to add another sentence to it and it just keeps building until the story reaches a natural conclusion or you reach your destination. You could make it interesting by giving the story an objective like “The prince has to make it to the castle to save the princess”. And giving one person the task of using their turn to keep the prince away from the castle. This way you work as a team to accomplish a goal and can take turns being the one to come up with obstacles for the story.

These are just a few of my favorite games to play in the car. A lot of them you may already know, but if one of them was new, then I hope you try it and have as much fun as I did when I used to play with my family.

Our Vision: Empowering Learners for Life

Mission Statement: Providing our Learners with opportunities to make decisions for themselves

Respect: We treat everyone with respect, integrity, honesty, and dignity

Trust: We build relationships to earn the trust of others

Empowerment: We help people to learn how to make positive decisions for themselves

Commitment: We are committed to the betterment of our Learners, our strategic partners, our communities, our team, and our cause

By providing this information, you agree to have a LifeTech Academy representative contact you directly.